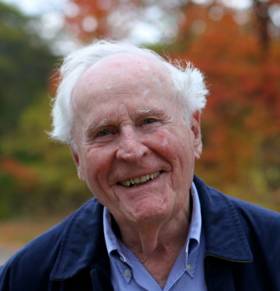 A legendary general contractor whose family has helped build Michigan since 1916, Arthur A. Shmina passed away at the age of 88 in Livonia.

Art’s father, A.Z. Shmina immigrated from Yugoslavia where the Shmina family had been contractors for generations.  A.Z. landed  in Detroit where his company proceeded to build structures throughout Southeast Michigan.

After earning a degree in Civil Engineering, Art served in the U.S. Army and helped build military bases in Japan.  Upon returning to Detroit, he became president of A.Z. Shmina and Sons Construction, where he and his brother Bob joined their father in the family business.  The company subsequently built landmark projects throughout the region including Crittenton Hospital Medical Center in Rochester Hills, Detroit’s Osborne High School, the Detroit Water Board Building, the Michigan Science Center, many projects at the University of Michigan and numerous commercial and government buildings.

In 1993, Arthur turned A.Z. Shmina over to his son, Andrew.  He continued to go to the office where he could engage in both construction and non-construction talk with people from all walks of life.   He loved golf and would play a round with anybody and everybody – including a 7 year-old, who once challenged him to a match on a par-3 course.   Tied going in to the final hole, Art drilled a hole-in-one in order to beat the little guy.

He lived nearly 10 years without his wife, Mary Ann, who preceded him in death.    He is survived by two daughters, Jeanne Greenwald and Mary Catherine Shmina; two sons, Andrew and Michael; and numerous grandchildren.